Five Things To Know Before Hiring A Drone Company 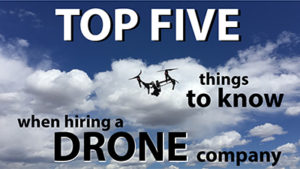 There are some important things to consider before hiring a drone company.

Here is our list of the top five things you need to know before hiring a drone company.

1) Drones crash, and can cause injury and property damage. 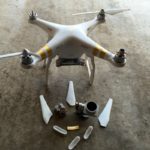 There are many reasons drones crash, and it’s not always the pilot’s fault. Oftentimes it is, but drones are basically flying computers. People understand when I compare a drone to a cell phone… most of the time your cell phone works perfectly, but every once in a while, the phone rings and you can’t answer the call because something has gone wrong. That’s when it gets real with a drone. Many times a pilot makes a bad decision or does something wrong that causes the drone to crash. The cause and the circumstances of the crash will be scrutinized if injury or property damage result from an incident. Depending on the severity of the incident, the FAA and NTSB could be involved. However, here in the USA, the bigger concern is lawsuits.

2) The hiring entity may be liable when a drone incident occurs.

If a lawsuit is brought against a drone pilot or company, chances are that the person or company that hired them will also be named in the suit. This should be a major consideration when hiring a drone company. A lawsuit will dig deep into the qualifications and expertise of the pilot, as well as the circumstances surrounding the incident. The results will influence how the lawsuit goes and could determine how the insurance company performs. 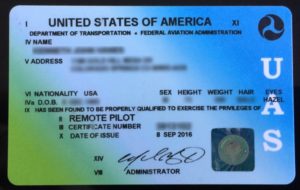 As of August 2016, the FAA implemented the Part 107 rules for commercial drone operations. Above all, a commercial drone pilot must have a remote pilot certificate (license). The FAA issues an actual card to the pilot, and he/she should be able to present it upon request. If the pilot can’t show proof (and this is a red flag), you shouldn’t hire them. There are also flight rules that the pilot must follow to be compliant. As the hiring entity with potential liability, it’s worth reviewing the short summary of the rules.

4) Drones require specific insurance because they are considered “aircraft”.

Be sure to check the drone company’s insurance. Some use traditional insurance policies, but pay-as-you-fly insurance is also available for drones. The important thing is to know what insurance they use and how much liability coverage they have. If you are depending on your own general liability policy, call your insurance company and make sure it covers drones.

5) Each drone used for commercial operations must be registered with the FAA.

This may not be the most important thing, but consider it crossing your “T”s and dotting your “I”s. A company that will provide registration numbers for their drones is likely to be detail-oriented and knowledgeable of the rules they need to follow.

Our “top five” list is not intended to scare you or make you reconsider using drones, but rather to make sure you cover your assets. There is risk in everything, but the potential liability risk with drones has an increased potential due to the lack of understanding of what’s required. To minimize your risk, hire only drone companies that can provide proof of complete compliance for the issues named above. If they can provide the required proof, not only is your risk lowered, but you are probably hiring a real professional that will fly safely and within the rules — which minimizes risk even more. 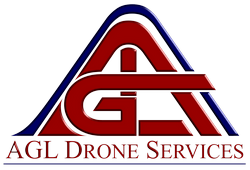